Karbonn Titanium S5 was released in 2013, march with 4 GB of internal memory. The phone is packed with quad-core 1.2 GHz processor with 1 GB RAM.

The memory can also be extended to 32 GB via micro-SD card. It has 8MP Primary camera with LED flash and 2 MP secondary camera. It has Android 4.1 (Jelly Bean) installed on it. 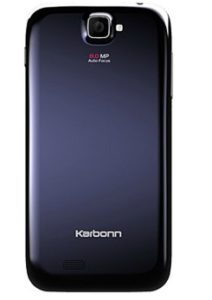 Karbonn Titanium S5 is powered by 2000 mAh battery to support its large display of 5.0 inches with a resolution of 540×960 pixels.

The connectivity medium in the phone include WLAN, Bluetooth, GPS, Radio and USB. It include other varient which is named as Karbonn Titanium S5 Plus.

For flashing the firmware on your device, you will have to download Qualcomm drivers along with ADB driver.